I had a great week in D.C. visiting old friends and being a tourist. Just what I needed as deadlines come barreling down my throat. The last three days of my trip were spent at Awesome Con D.C. The show floor itself was very big and nicely spaced with big 8 foot tables, and the convention floor was very cold, which is great and much better than the alternative. As far as business went it was another very disappointing show. Possibly because the floor was so large it felt a little slow all weekend long. It never felt packed at all. I have seen other creators post about it being a good show for them, but for where I was placed, it was kind of a no-man’s land. Several factors play into why convention goers don’t always support the attendees and I think the cost of the show is a major one. Parking in downtown D.C. is very expensive and the Metro is a great alternative, but still costs some money. Admission prices are a major issue in my opinion across the board of conventions. $30-40 is the average daily ticket price at most big shows. Add that to transportation and the attendee is out of pocket probably $40-50 before setting foot on the con floor. All that, plus a lack of signage and advertising around the city led to very poor sales for myself, personally. I was also placed in artist alley far away from the other professional artists. My neighbors were mostly crafters and hobbyists. I do take blame on myself as well as I had a paired down set-up and no show-specific items.

Still, it was an experience and I’m already very much looking forward to Heroes Con in Charlotte in three weeks. That show has already proven itself to be welcoming and profitable. Here are a couple commissions I did this past weekend. 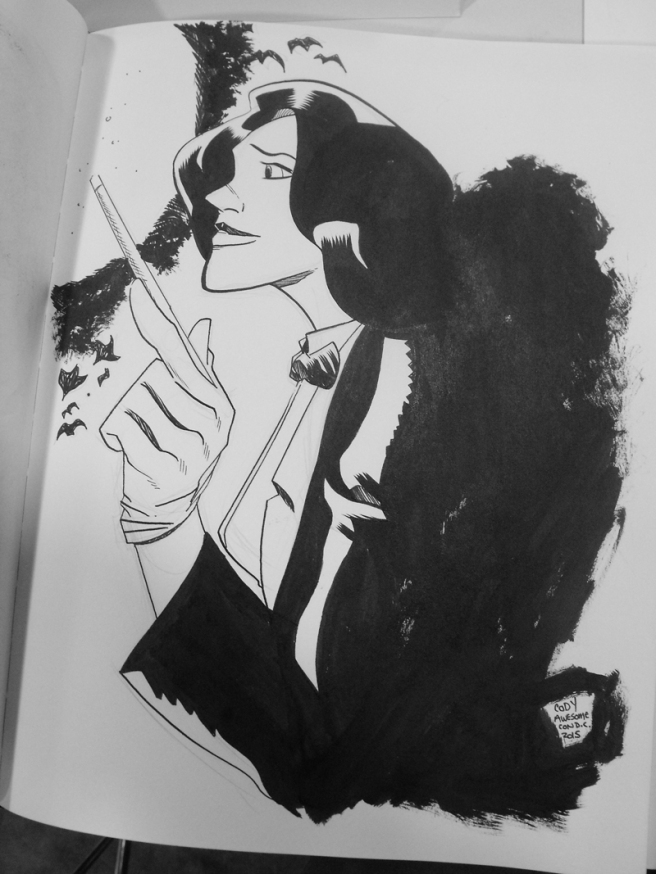