It’s been a couple months since I’ve posted here so I thought I’d hop online and let everyone know what I’ve been up to. I’m wrapping up pencils and inks on a 3-issue run on a comic called The Six Swords and once I have solid publisher information on that I’ll be sure to post it. I’m also working with Tapestry Comics on a new adventure comic with a historical bent. I think a preview is being made for Free Comic Book Day in May. My own comic, F.O.E., will be starting up again later this month, and you can always buy the first issue digitally on Comixology, along with some of my other work. I co-host a podcast with Scott Godlewski (artist of Copperhead at Image Comics, and a couple titles at Vertigo/DC Comics) called The Illustrious Gentlemen, and on tomorrow’s episode (#19) we talk all about the beginning of Image Comics. I’m very proud of the 3 anthologies I’ve had work in that were published by Image and it was a fun talk. I also am continuing to post writing work, and some behind the scenes work to my Patreon, which is still a work in progress and awfully low on patrons. Also, for anyone in Australia, there is a card set for The Phantom coming out soon that I did some art for, so I’ll be sure to post about that when I get details. Here is a recent commission I finished. 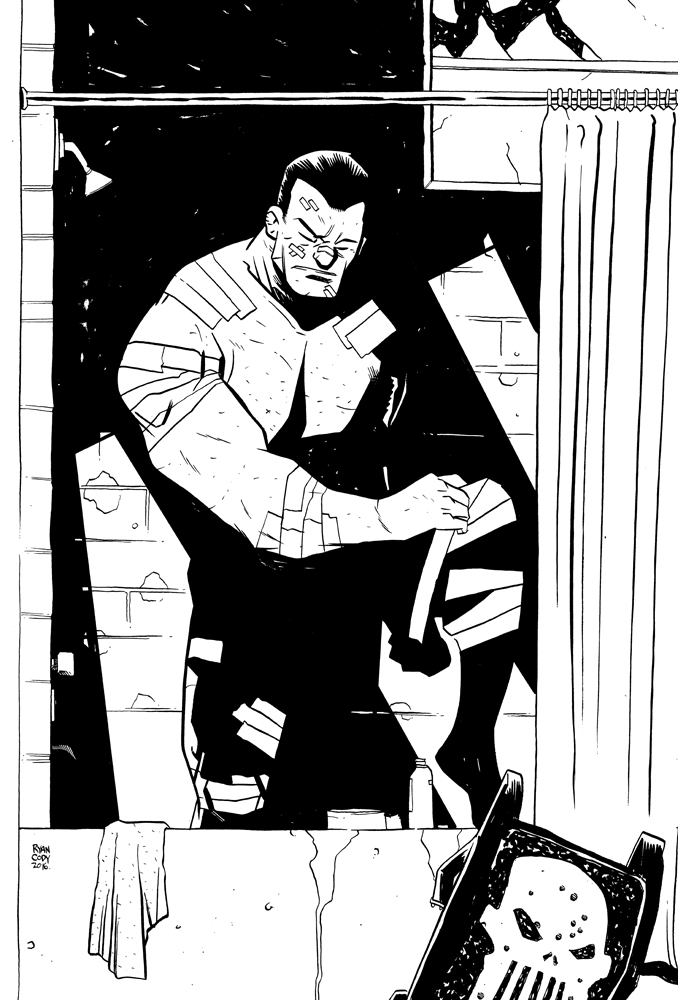